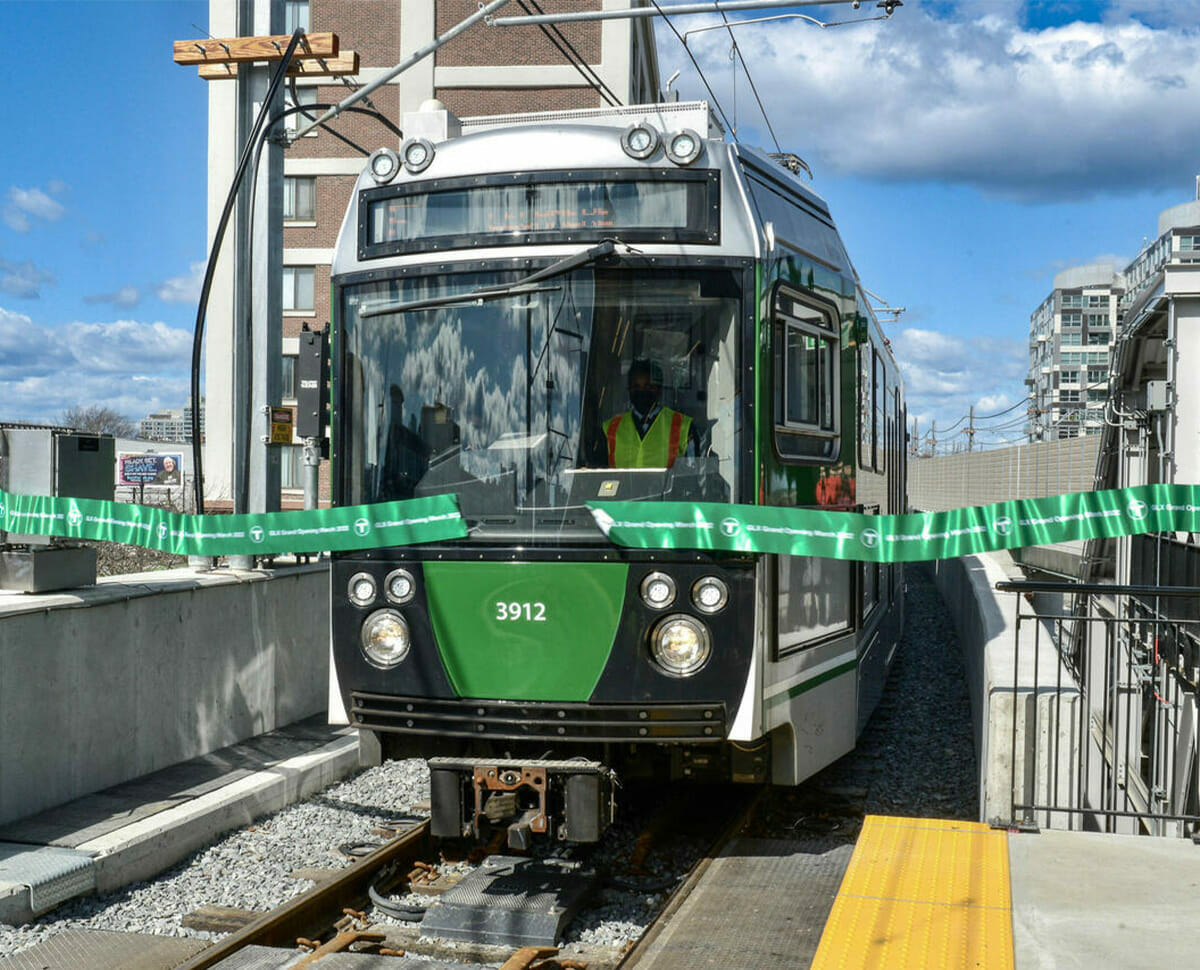 The GLX project was an initiative of the Massachusetts Department of Transportation (MassDOT) and the MBTA to provide a direct rail link connecting the undeserved areas of Cambridge, MA to Union Square in Somerville and College Avenue in Medford, MA.

The project extended the existing Green Line service from a relocated Lechmere Station in East Cambridge to Somerville and Medford. Construction for the project included six stations, 4.3 miles of Green Line light rail tracks, the relocation of four miles of double track commuter rail, extensive bridge repair and development, and a vehicle maintenance storage facility.
Our team was engaged when the MBTA had to reevaluate the project’s scope, schedule, programming and procurement methodologies due to major budgetary overruns. The team re-engineered the project design and delivery methodology to design/build, which enabled them to reduce the overall schedule by 19 month and the project cost by a staggering $700M.

Factory and Field Verification: Testing included systematic inspection, testing, and documentation of the testing of field installed equipment to verify the proper functional performance of components and assemblies of a system element (e.g. traction power). Factory and field verification testing activities were accomplished using inspection and test procedures prepared and accepted by the design/build entity.

Systems Integration Testing: The purpose of systems integration testing was to confirm that all system elements operate, function, and can be maintained in a safe manner when integrated as an overall system. Arora performed and documented all integration activities and verified that all subsystems, and assemblies thereof, were installed and interconnected in accordance with accepted designs. Systems integration testing involved interface testing as well as point-to-point verification of the system’s functionality when more than one subsystem is involved.

Upon successful test completion, the test procedure, test data and test results were documented in a Test Report.

System Pre-Revenue Test and Operational Readiness: The purpose of the system pre-revenue test and operational readiness was to verify that the integrated systems of the Project perform individually and collectively as required by the contract and MBTA staff have been effectively trained and certified for facility operations and revenue service.

Promptly after system acceptance, Arora performed punch list items and other work, as needed. Arora also provided technical support to the MBTA for the evaluation, diagnoses, and remediation of GLX Project defects found during this period.

The opening of the Union Branch in March 2022 was followed by the opening of Medford Branch in December 2022, which marks the completion of this important project.